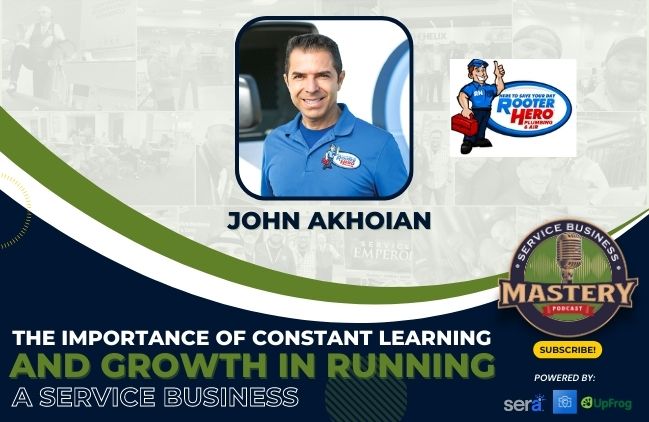 “Network, network. That’s the whole thing. You go into a franchise, you’re going in because of the networking relationships. If you have the ability to do that without going into a franchise, then you can learn from other people as well. That was the key to my success.”

Many people treat success as a destination, an endpoint to arrive at with hard work and persistence.The problem with this mindset is it encourages people to be complacent when they reach a certain level of success, stopping them from realizing their true potential, and never evolving into better versions of themselves.

At 19, John Akhoian saved well enough from working solo to buy his own plumbing franchise. Not long after, he bought more locations and became one of their largest multi-franchise locations. Most people would just keep this good thing going, but John wasn’t most people.

20 years later, John decided that he had learned everything he could about running a service business. So he got out of the franchising business and put up his own company, Rooter Hero Plumbing in Orange County back in 2011. He has since opened 13 more locations to become the largest plumbing company in California while also opening two new locations in Nevada and Arizona.

In this episode, John shares the biggest mistake he made while training new talent, and talks about the secret to his success. He also opens up about the struggle that his company and many others in the service industry are currently facing, and his strategy for overcoming this latest hurdle to sustainable growth.

In this episode, we discuss:

Check out these resources we mentioned during the podcast:

John Akhoian, CEO at Rooter Hero Plumbing. At the age of 19, just two years after he dropped out of high school to become a plumber, John had saved enough to buy his first plumbing franchise. Not one to rest on his own laurels, John eventually quit the franchise to build his own business from scratch. John talks about constant learning, growth, and improvement even in the midst of success and stability.

Tersh Blissett is a serial entrepreneur who has created and scaled multiple profitable home service businesses in his small-town market. He’s dedicated to giving back to the industry that has provided so much for him and his family. Connect with him on LinkedIn.

Joshua Crouch has been in the home services industry, specifically HVAC, for 8+ years as an Operations Manager, Branch Manager, Territory Sales Manager, and Director of Marketing. He’s also the Founder of Relentless Digital, where the focus is dominating your local market online. Connect with him on LinkedIn. 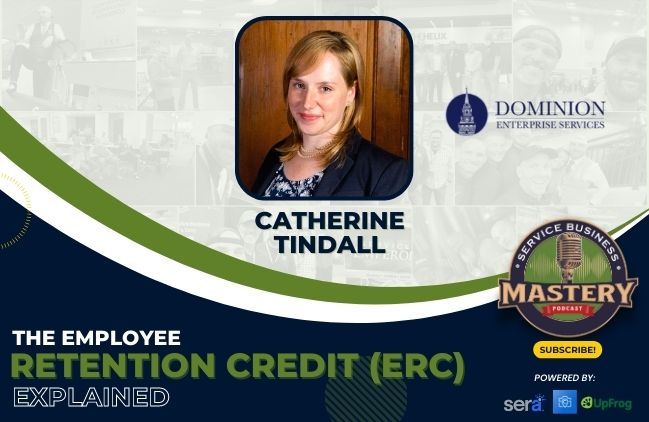 Listen to these platforms